We left Quartzsite around 10:00 and arrived at the RV park west of Kingman around 1:00.
The drive was pretty easy, we went north on 95 through Lake Havasu City to I-40 then followed I-40 to Kingman.

The RV park we are staying in is west of Kingman about five miles and is called The Golden Valley RV park. It is a small Mom and Pop outfit. The rates are $25. per day and it has some pull throughs and full hookups with cable TV and free Wi-Fi. 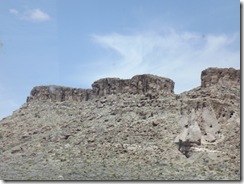 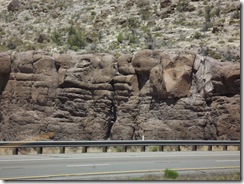 I was hoping that when we got here my allergies would calm down but no luck.

I was pretty tired when we got here since I had been up since 2:00am so I took a nap for an hour or so. After my nap we took a ride into Kingman to see what it is like. Kingman is a much bigger city than I expected. We went to their Walmart to get a couple of things.

Tomorrow we are going to take a ride to a place called Chloride.
I don’t know much about it but I think it is an old ghost town.

I’ll let you know more about it tomorrow.