Computer Trouble and a Visit With Bob and his Chickens.

My old Acer mini laptop is getting pretty clunky. Some of the programs aren’t working correctly. Mainly the photo manipulation  software (ACDsee) and the blog writer (Windows Live Writer). These programs as well as email are the main reasons for me to have a computer so if they don’t work I’m in trouble.

When we were on the Continental Divide trip, the Acer was acting up so about half way through the trip I stopped at a Walmart and bought a Dell mini laptop. I haven’t used it much but I did install Live Writer and ACDsee so it was ready to take over if the Acer crapped out except for the mail system.

After trying to get the mail set up for a couple days I finally got fed up and decided that I needed my computer guru, Bob.
I contacted Bob and made arrangements to check out the computers  on Tuesday.

I got to Bobs around 12:00. We sat around visiting for a bit, then we went over to check out his chickens. When we went into the chicken pen we sat on a couple of chairs. We had been sitting for less than a minute when one of his chickens hopped up on Bob’s lap. A few seconds later and another chicken hopped up there.
“This is Sweet Pee” Bob said indicating the first hen, “and the other one is Poo Butt”
Unfortunately I didn’t have my camera at the time so I didn’t get a picture of this.

Working on the Computers.

After checking out the chickens, it was time to check out the computers.
We spent most of the rest of the day sitting under Bob’s carport in the shade trying to get the email to work on the Dell and trying to find out why the programs on the Acer don’t work. 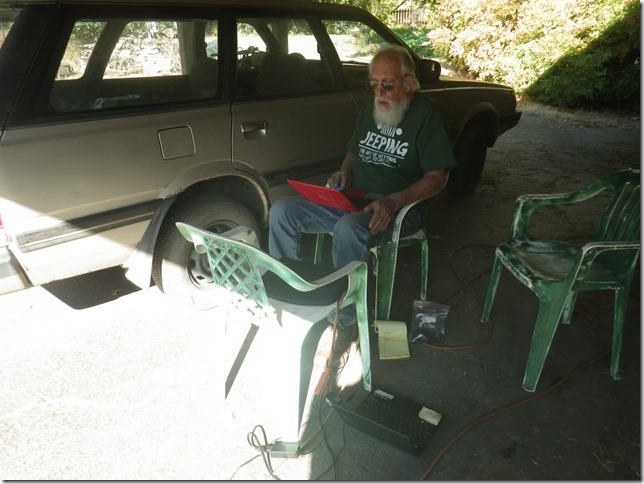 Around 4:30 we finely got the email working on the Dell but still didn’t know what was wrong with the Acer so Bob started a full security scan. The scan is still running as of this writing.

Just as I was leaving I asked Bob if the chickens jumped on his lap every time he sat down in the chicken pen. He said that most times they did.
I told Bob that I wanted to get a picture of that so we went back into the pen and sat on the chairs. This time when the chickens came running over to see what we were doing. 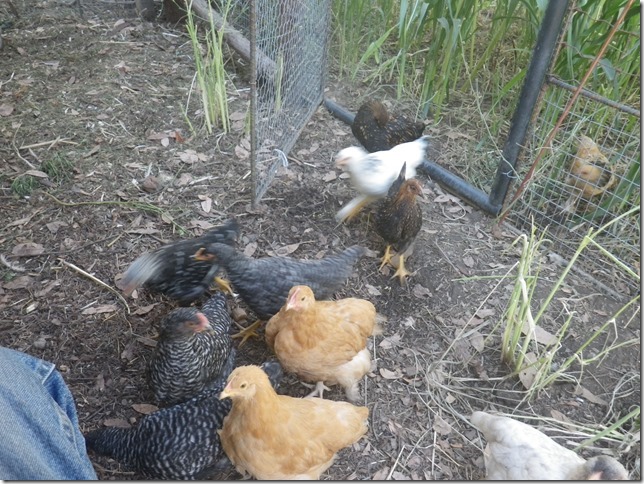 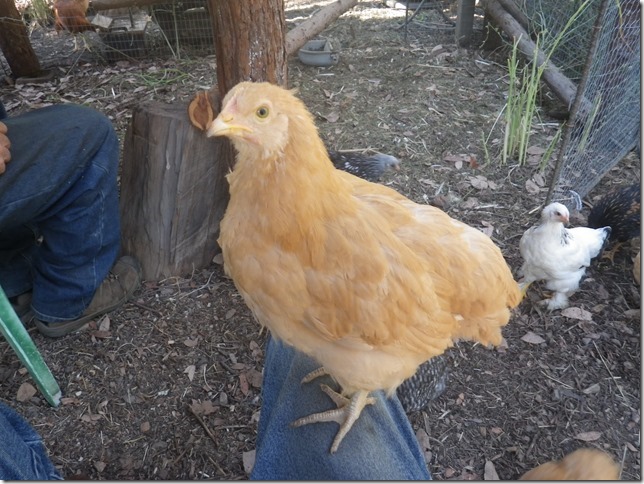 I left Bobs around 5:00.
It was a good day, we got the mailer working at least so now I can use the new Dell computer.